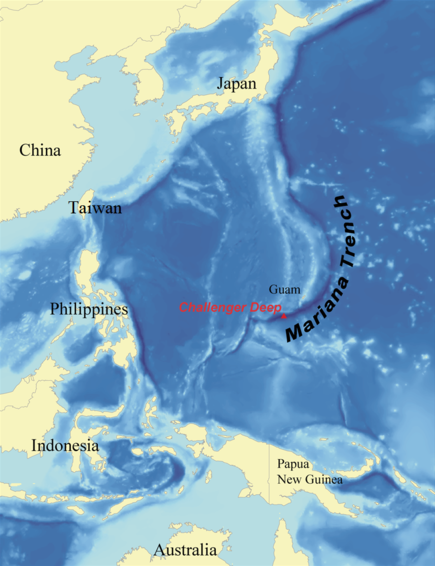 In 2009, the Marianas Trench was established as a US National Monument.[7] Monothalamea have been found in the trench by Scripps Institution of Oceanography researchers at a record depth of 10.6 kilometres (6.6 mi) below the sea surface.[8] Data has also suggested that microbial life forms thrive within the trench.

LETS TALK ABOUT IT!